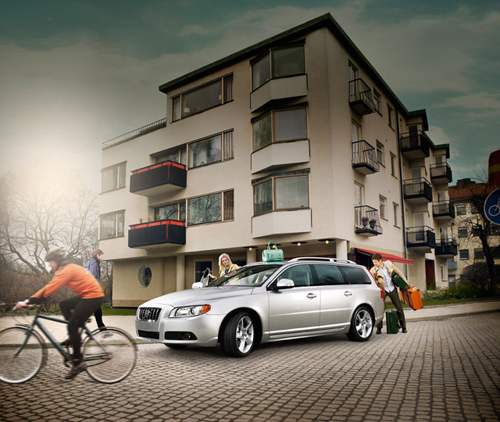 2008 – Volvo V70 at the (former) cinema Gärdet on Gillögagatan and Erik Dahlbergsgatan on Gärdet in Stockholm, Sweden 🇸🇪. (Photography by Henrik Halvarsson)

Gärdet is a part of Stockholm, east and northeast of Östermalm. Its official name is Ladugårdsgärdet. It is renowned for its large number of modernist apartments.

Gärdet is one of the largest residential districts built in Stockholm during the 1930s, built from 1929 until around 1950, and houses about 10,000 people. The district includes a vast open space used for recreational purposes; the name Gärdet (“the field”) often refers to this area specifically.

During the summer semester, there are several different events on “the field” such as circus, music and sports and more.