Jan Lammers, (born 2 June 1956 in Zandvoort), is a racing driver and team principal from the Netherlands. 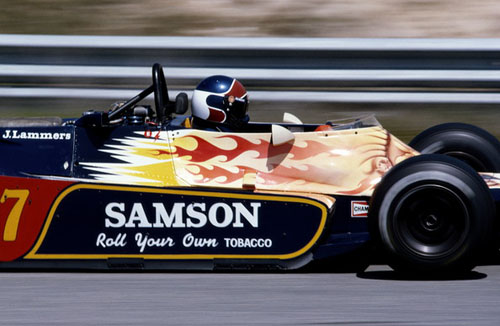 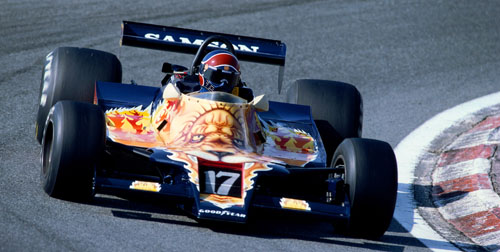 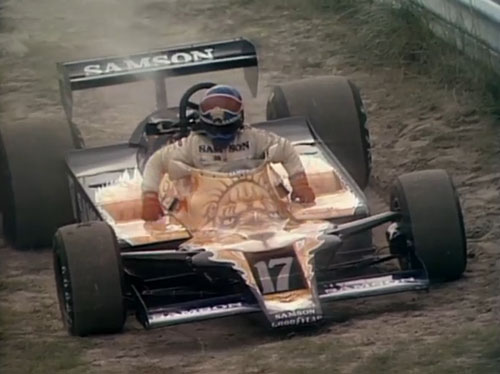 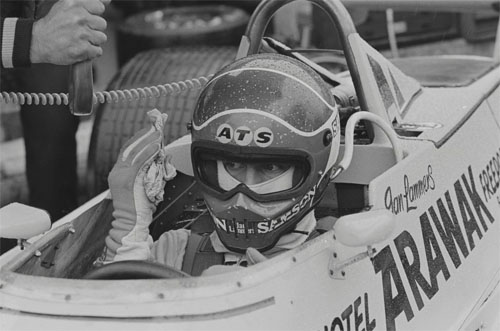 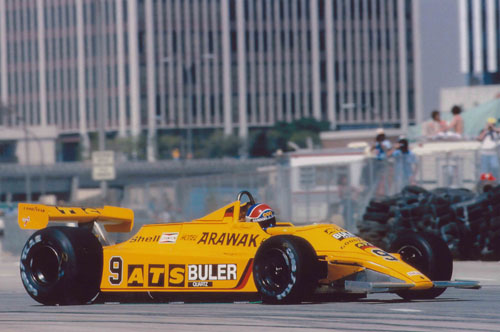 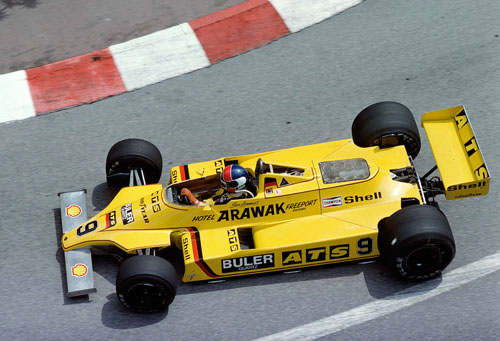 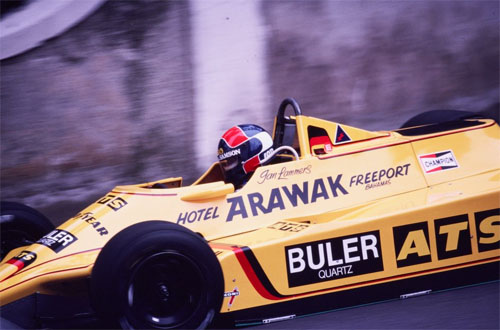 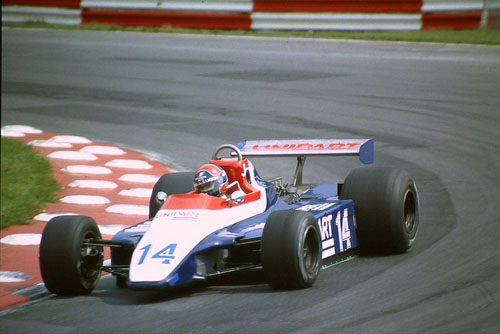 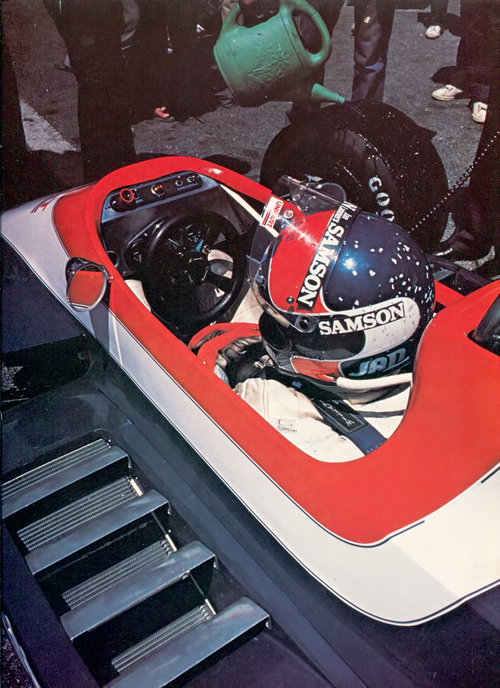 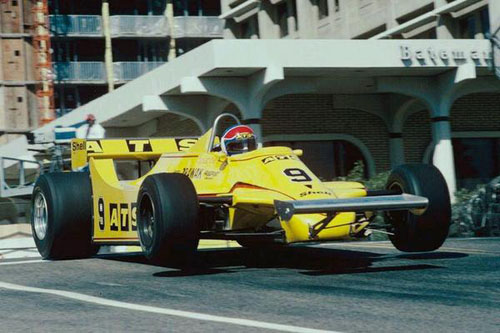 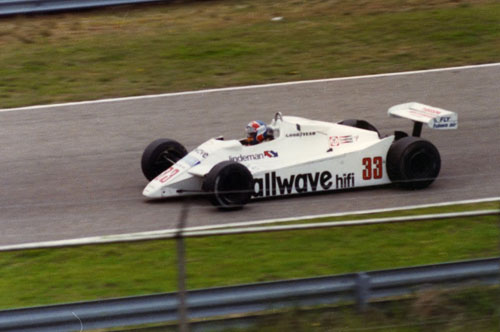 1982 – Jan Lammers with Theodore at Dutch GP Zandvoort (own photo) 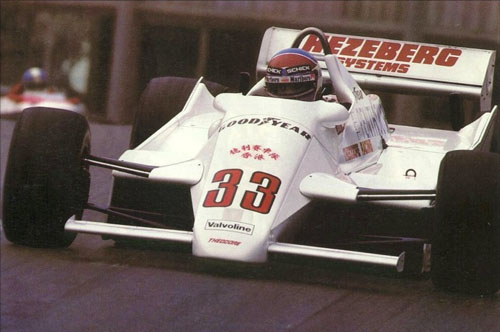 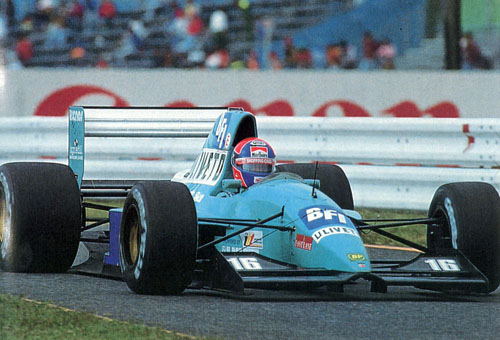 In 1979, Lammers made his debut in Formula One driving Shadow and moved to ATS for 1980. He moved to Ensign mid-way through the season but rejoined ATS for four races in 1981. He joined Theodore for 1982. Ten years later he returned to Formula One for the final two races of the 1992 season.

He won the 24 Hours of Le Mans in 1988 and later participated in the race with his own team Racing for Holland. He was also the seatholder of the Dutch A1 Grand Prix team.

Lammers grew up as a kid washing cars at a sliding school in Zandvoort. As a 12-year old he started to show customers how to slide safely, encouraged by sliding school owner and racing driver Rob Slotemaker who quickly recognized Lammers’s talent. When he was 16 years old, he started his first race at the local racing track. In the following years he starred in Dutch touring car and Formula Ford races before moving up to European Formula 3 in 1977. He did not get good results with his Hawke and for his second season he joined Racing Team Holland run by Alan Docking.[1] The other drivers of the team were fellow future Formula 1 driver Huub Rothengatter and later Indy 500 winner Arie Luyendijk. It was a successful move as Lammers won the 1978 European Formula 3 Championship after a close battle with Swede Anders Olofsson.

Lammers began his Formula One career with Shadow in 1979 with Elio de Angelis as his teammate. He did not have a great debut as de Angelis was the team’s number one driver. His best result was a ninth place in Canada.

In 1980 he moved to Günther Schmidt’s ATS team. In the first three races he failed to qualify but in Long Beach he qualified a very strong fourth. This would be the highlight of his F1 career. Later that year he moved to the Ensign Team but there he only managed to qualify three times. In 1981 he returned to ATS but only raced the first four races of the year. For 1982, he moved to Theodore but his season was something of a disaster. He did manage to start in his home race. He scored no championship points during his F1 career.

In 1985 and 1986, Lammers made 10 CART World Series starts for four different teams. His best finish was fifth at Laguna Seca Raceway in 1985 for Forsythe Racing. He was entered and practiced for the 1986 Indianapolis 500 in a Mike Curb entry, but did not make a qualifying attempt. He finished 26th and 22nd in points in his two seasons, respectively. After that he turned his attention to sports car racing.

In 1988, Lammers, together with Andy Wallace and Johnny Dumfries, won the Le Mans with the Silk Cut Jaguar/TWR team. Lammers drove 13 out of the 24 hours, and beat the Porsche team who had remained unbeaten since 1981. Lammers and the team managed to finish first despite a broken gearbox. It was the first victory for Jaguar since 1957.

For this feat, Jan Lammers received the title Honorary Member of the BRDC, a title rarely awarded to non-British residents. Enzo Ferrari and Juan Manuel Fangio have also received the award.

In 1990 Lammers won the 24 Hours of Daytona driving a Jaguar XJR-12 along with Davy Jones and Andy Wallace.

Lammers returned to Le Mans in 2011 with Hope Racing in the LMP1 category.

In 1992, Lammers made a two-race comeback in Formula One for March, in Japan and Australia. These races marked his first Formula One appearance since 1982, which is the longest gap between successive Grands Prix in the history of Formula One. He was signed for the team in 1993 alongside French driver Jean-Marc Gounon but the team went bankrupt before the season started.[3]

In 1994 Lammers teamed up with TWR again to race in the British Touring Car Championship (BTCC) driving the Volvo 850 estate. 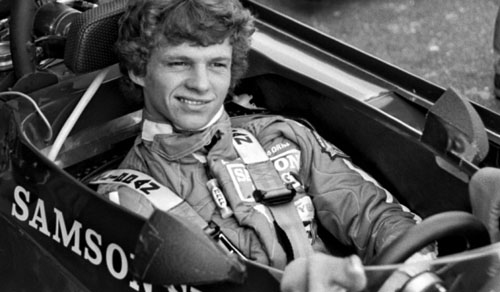