Roelof Wunderink (born 12 December 1948 in Eindhoven, Noord-Brabant) is a Dutch former racing driver. He participated in six Formula One World Championship Grands Prix for Ensign, debuting on 27 April 1975. He scored no championship points.

Roelof Wunderink began his career in 1970 in the Dutch Formula Ford Championship, which he won in 1972. With a lot of money sponsor of HB Bewakingsystems he went in 1973 in Formula 3 and Formula 5000 in 1974.

The money from HB brought him in 1975 in the Formula 1. With the Ensign N174-Cosworth he managed twice this season a qualification at a world championship race, even managed that with the Ensign N175, was financed the development and construction of HB Bewaking system, Wunderink but never was able to classify. Making its debut at the Grand Prix of Spain, he fell out on lap 20 from a defect in the transmission. In the Grand Prix of Austria he finished, but was not classified. He had four laps behind the winner Vittorio Brambilla, when the race was stopped after 29 laps due to rain. In his last appearance in Formula 1, Grand Prix of the United States, he fell out again. This time, due to a gearbox failure in the 41st round. 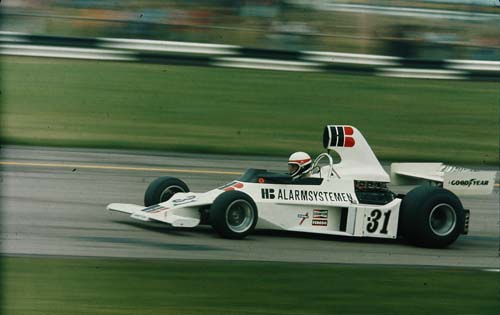 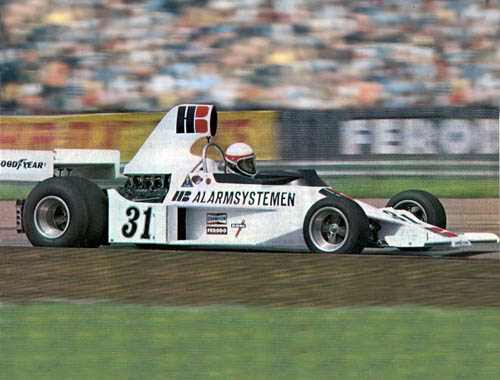 At the end of the same year Wunderink had a serious accident during testing with a Formula 5000 car and suffered a broken cheekbone after which he retired from racing. 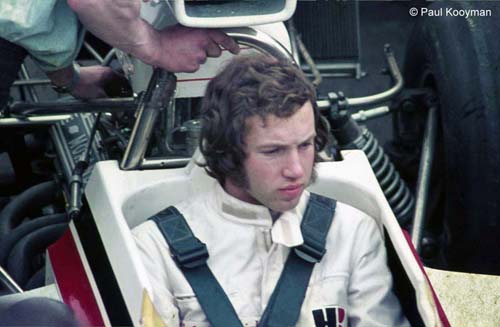 His former sponsor took over in late 1975 of the cars Ensign N175. HB founded in early 1976 a team called HB Bewaking system with base in the Netherlands. There, the N175 is a slightly revised. He was named Boro 001 and was used by HB Bewaking system in the years 1976 and 1977 individual world championship races in Formula 1. Trying to move Wunderink a comeback was unsuccessful; instead of him had HB Bewaking system with Larry Perkins (1976) and Brian Henton (1977) compete.