Christijan Albers (born 16 April 1979 in Eindhoven) is a Dutch racing driver. After success in the DTM he drove in Formula One from 2005 until the 2007 British Grand Prix, shortly after which he was dropped by the Spyker F1 team. In 2008, he returned to the DTM series as a driver for the Audi Futurecom TME team. Albers acted as Team Principal and CEO of the Caterham F1 Team from July to September 2014 after it was acquired by new team owners.

2004 – Misano Italy, Albers tests Minardi and is announced as their driver for 2005

While racing in the DTM, Albers continued to be a test and reserve driver for Minardi’s Formula One interests, and also drove the team’s two-seater Formula One cars. In November 2004, he set the fastest time at a Misano di Gera d’Adda Minardi test session. He was chosen by the team to drive in the Formula One World Championship in 2005. 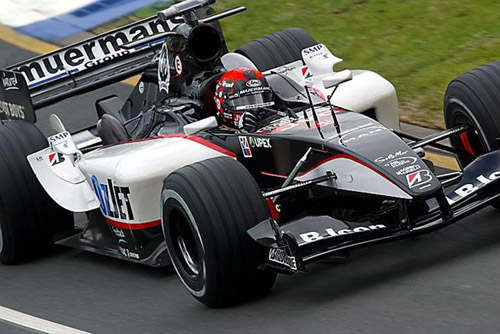 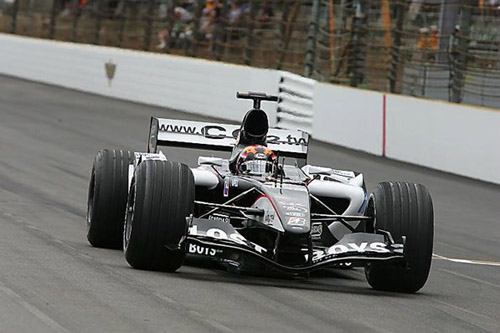 2005 – Albers with Minardi at the US Grand Prix

In the 2005 United States Grand Prix he gained his first championship points with a fifth place finish, in a race where only six drivers started.

On 31 October 2005 Albers was confirmed as Midland’s first official Formula One driver. Midland, the renamed Jordan team, made their debut in the 2006 Formula One season. 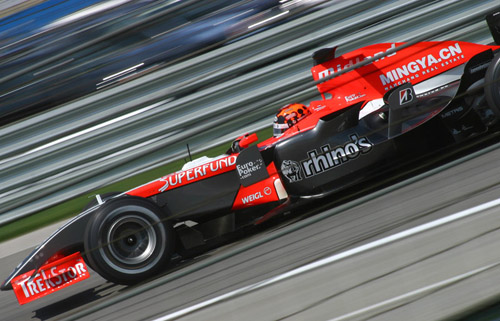 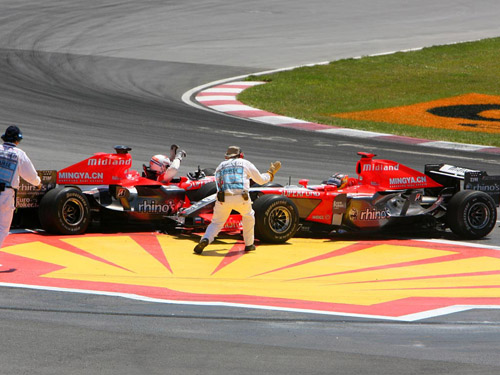 Albers started the 2006 season well, out-pacing Midland teammate Tiago Monteiro. However, during the first few races, Midland found themselves battling with the Super Aguri team, particularly Takuma Sato. At the 2006 San Marino Grand Prix, Albers found himself being crashed into by Yuji Ide and sent into a series of spectacular rolls. Fortunately, he was unharmed. Ide was reprimanded by the race stewards for his part in the incident. Ide also had his Super Licence revoked for severe dangerous driving. 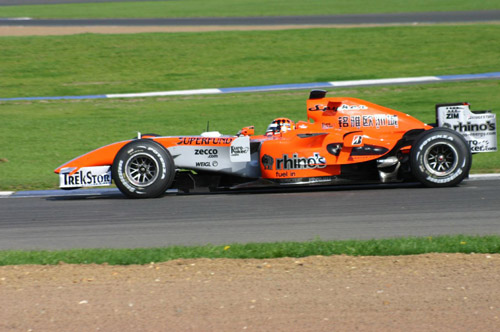 After initial confusion over Albers’ plans for 2007 after the takeover of MF1 by Spyker Cars, it was eventually confirmed that he would be driving for the Spyker F1 team in 2007.

It was later found out that Albers signed a contract with Midland F1 to remain with the team prior to the sale to Spyker. Albers’ personal sponsors had major influences in Spyker buying the Midland F1 team. 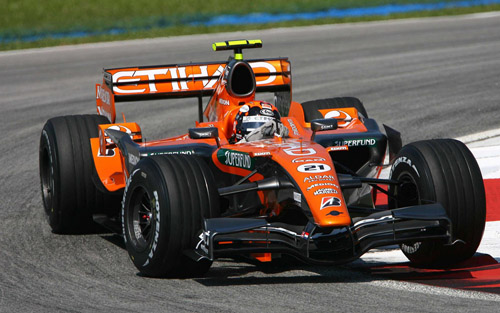 In early 2007 he was outperformed by rookie team-mate Adrian Sutil. At Magny-Cours he ignored the lollipop telling him not to leave the pits during a pitstop, driving off with part of the fuel rig still attached. Albers expressed relief that nobody was hurt, but he received a €5,000 penalty for dangerous driving. Spyker technical director Mike Gascoyne commented that he was mystified by the mistake, and Niki Lauda described the incident as the stupidest thing he had ever seen in F1. 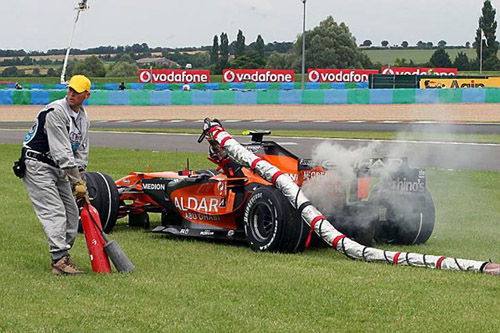 On 10 July 2007 he was released from his Spyker contract, due to a lack of sponsorship money, which would have compromised the team’s development programme. Team owner Michiel Mol described it as “one of the toughest decisions of my career”. His replacement for the 2007 European Grand Prix was former Spyker test driver Markus Winkelhock. Sakon Yamamoto then raced for Spyker for the rest of the year.

Albers returned with the Spyker team for the Rotterdam street racing event in the Netherlands, on the 18 / 19 August. 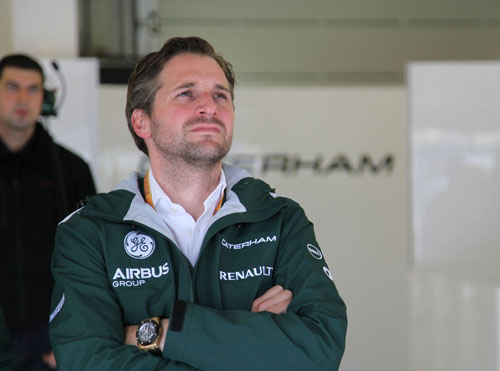 On 2 July 2014 Tony Fernandes sold the Caterham F1 Team to a consortium of Swiss-Middle Eastern investors. Subsequently team principal Cyril Abiteboul stepped down and Albers was given his position in the team by the consortium. He ran the team on a day-to-day basis until september 2014.