Robert Doornbos (born 23 September 1981 in Rotterdam, Netherlands) is a Dutch racing driver. He has been test and third driver for the Jordan and Red Bull Racing Formula One teams, as well as driving for Minardi and Red Bull Racing in 2005 and 2006.

Doornbos then drove for Minardi Team USA in the 2007 and final season of the Champ Car World Series. He competed in the Superleague Formula racing series in 2008, and drove for the Netherlands team in A1 Grand Prix’s 2008–2009 season. In 2009, Doornbos competed in the IndyCar Series. He began the season with Newman/Haas/Lanigan Racing, but switched to HVM Racing after the race in Kentucky Speedway.

Doornbos’ first sport was tennis. His interest in motorsport grew after he was invited to the 1998 Belgian Grand Prix as a guest of WilliamsF1. It was 1997 Formula One Champion Jacques Villeneuve who suggested that he should go for a series such as Formula Ford, as he was too big and too old to race karts. He gave up tennis and focused on racing, joining the JR racing team for the 1999 Opel Lotus UK Winter series. He had a successful season, finishing second in the championship after taking four pole positions, four fastest laps and four wins. In 2000, he competed in the Formula Ford Zetec Benelux series, finishing second in the Belgian championship and fifth overall with one pole, three fastest laps and six podiums. 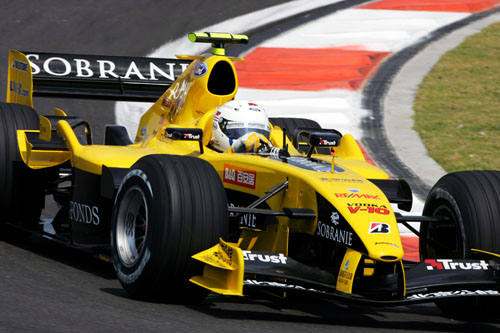 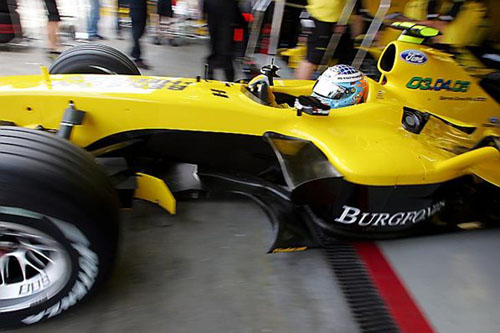 Prior to the 2004 Chinese Grand Prix, it was announced that Doornbos would be the official Friday test driver for the Jordan Formula One team, replacing Timo Glock, who had been promoted to race duties in place of Giorgio Pantano, whose sponsorship money had “dried up”. Doornbos impressed as test driver for the final few races of the season, and was reappointed with the newly-sold Jordan team for the 2005 season. 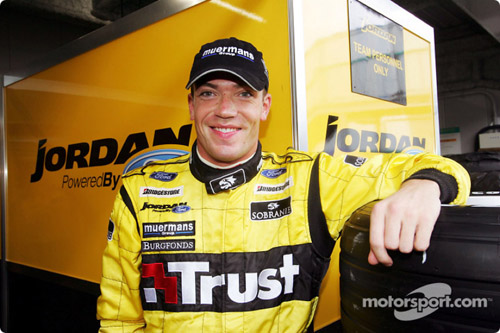 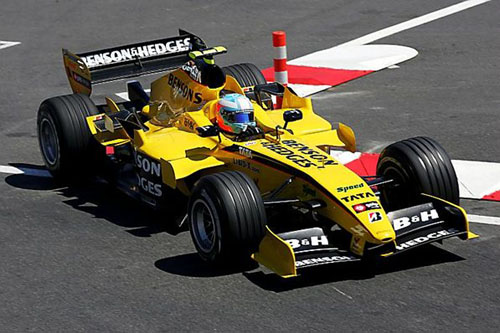 Doornbos completed Friday testing duties for Jordan in all but two of the first 11 events of the year, with French Renault F1 test driver Franck Montagny testing at the European Grand Prix, and Jordan being banned from using a third car at the Canadian Grand Prix after using too many tyres at the previous race. 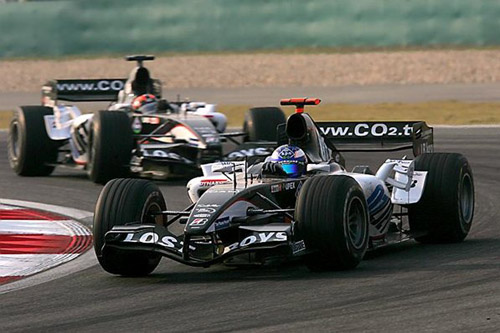 On 19 July Doornbos was appointed as a Minardi race driver for the 2005 German Grand Prix onwards, replacing Austrian Patrick Friesacher, who had encountered sponsorship issues. In his first Formula One race, he collided with Jacques Villeneuve, the man who gave advice to Doornbos to start his career as a race driver. Doornbos raced a total of eight Grand Prix for the team, his best result being a 13th position in the Turkish and Belgian Grands Prix. 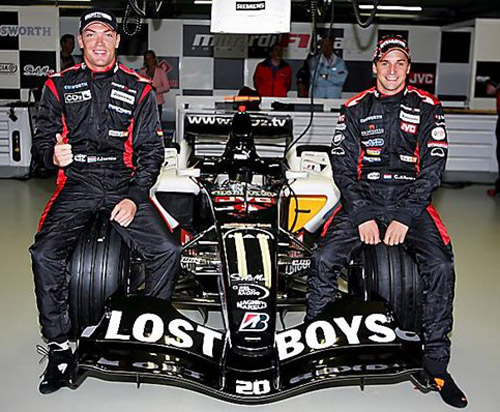 Doornbos and teammate Christijan Albers became the first all-Dutch team line-up since Carel Godin de Beaufort and Ben Pon drove together for the Ecurie Maarsbergen team at the 1962 Dutch Grand Prix at Zandvoort. The teammates, however, were not the best of friends, which made the internal competition only more interesting. As Doornbos became more adapted to the car, he came closer to his teammate and in the last few races, was often the faster of the two.

Effectively, he would become Minardi’s last Formula One driver, since the team was bought by Red Bull just before the Belgian Grand Prix.

The Minardi team ceased to exist in its previous form at the end of 2005, being bought out by Red Bull and becoming their Scuderia Toro Rosso team. Doornbos was unable to find a race drive for 2006, but Christian Horner, his former F3000 boss, had since been appointed as Sporting Director of Red Bull Racing, where he was appointed the team’s test and reserve driver.

He thus spent most of 2006 testing at the racetracks on Fridays, ready to step into a race drive if either David Coulthard or Christian Klien were unable to race. In his role as the Red Bull test driver, he once more showed his talents as a racing driver. In the majority of the Grand Prix tests on Fridays, he was to be found in the top 10, and a number of times he achieved a top three time.

At the 2006 Hungarian Grand Prix, he was involved in a controversial incident with Fernando Alonso, which resulted in the Spaniard incurring a two-second qualifying penalty. 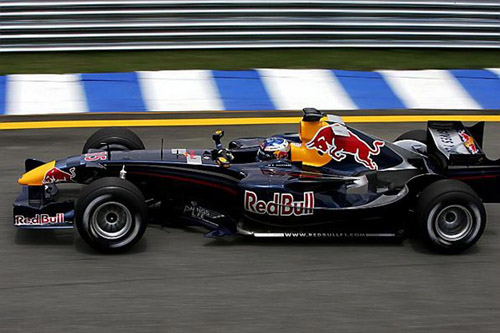 After the Italian Grand Prix, when Red Bull Racing announced that Klien had been dropped from the team, Doornbos was promoted to the second race driver role alongside Coulthard for the remaining three races. He entered with a bang by qualifying in the top 10 for his first race, in China. However, he touched Robert Kubica at the first corner during the race and the delay restricted him to 12th place at the finish. 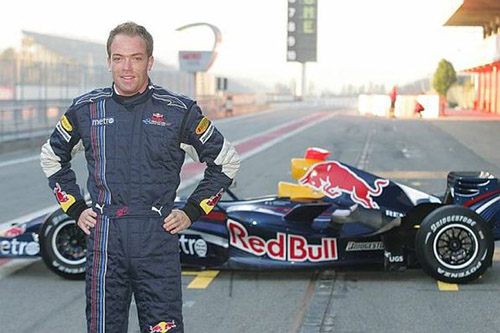 He was subsequently signed as one of the team’s test drivers for 2007, alongside Michael Ammermüller, with Coulthard and Mark Webber taking the race seats. 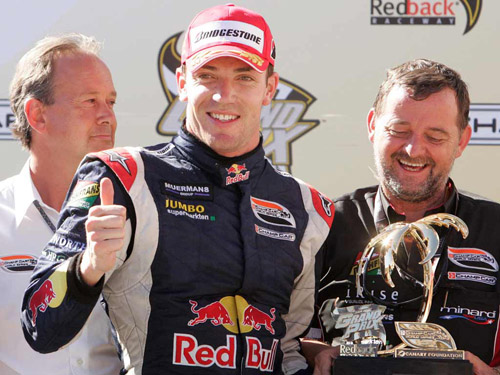 In his role as Formula One test and racing driver, Robert Doornbos has given several demonstrations, both on tracks during other race events, as well as on public road. In the Netherlands, he has driven a Formula One car on public roads twice. In 2005, he was one of the drivers of the Monaco aan de Maas event in his hometown of Rotterdam. On 15 August 2006, he made the news with a fundraiser for the children of the ‘Stichting Geluk en Vrijheid’ (Foundation Happiness and Freedom). At a speed of 326 km/h (204 mph), he drove his Red Bull Formula One Car over the highway A7 on the Afsluitdijk in the Netherlands.